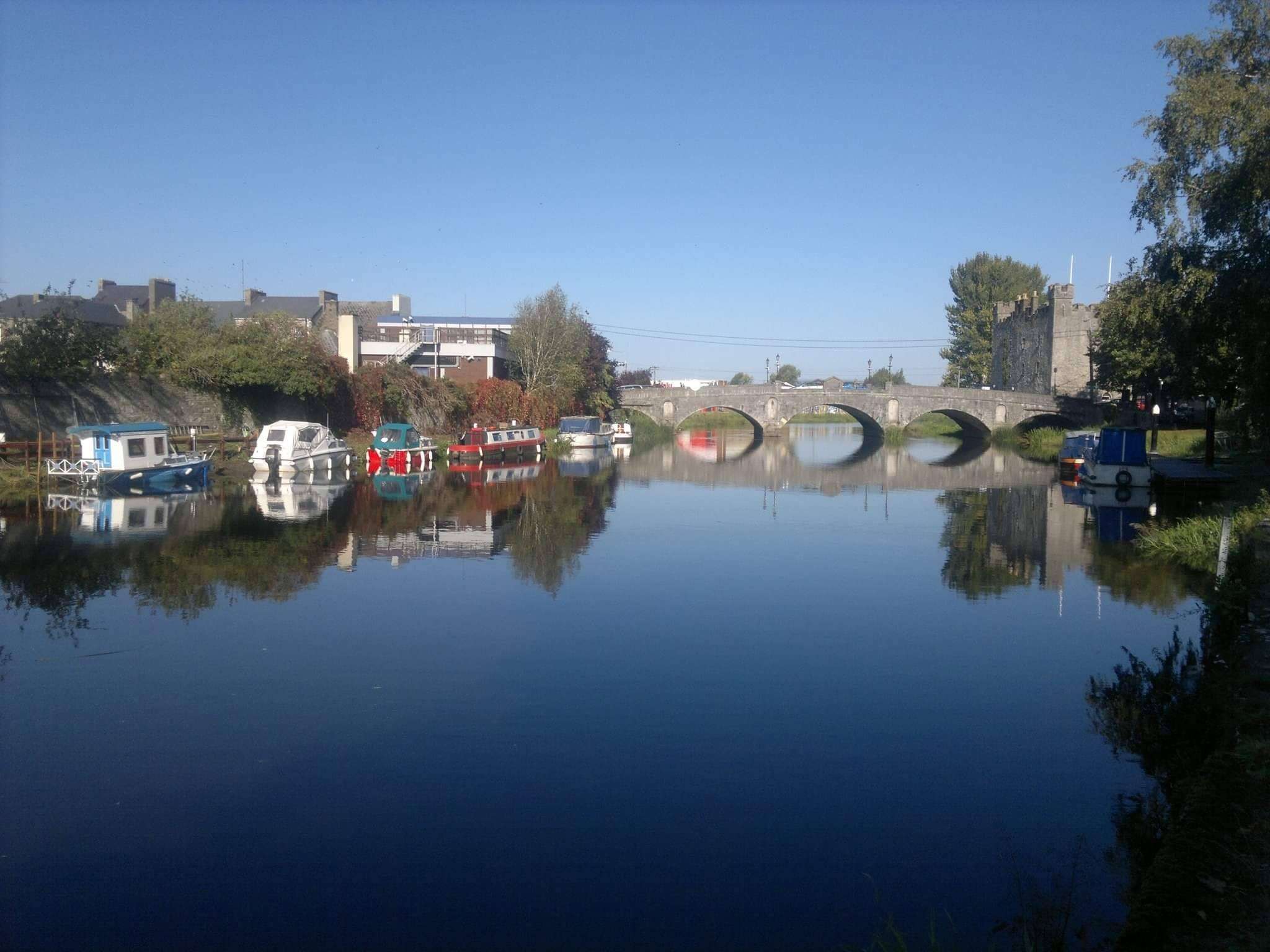 Below is the submission I made to the Draft Athy Town Development Plan. Hopefully some of the points are taken onboard in relation to Waterways Development and water based tourism for Athy.

I would like to see two lines removed under the section 6.5.1 – Water Tourism. They are as follows

“It is considered that a longstanding obstacle to achieving improved utilisation of the waterways in the town is the deficit in safe and convenient mooring facilities. Boats and barges are being restricted in their ability to moor in Athy and this is a major disincentive to considering the town as a stopover location”

This old trope of Athy being unsafe to moor boats in is simply no longer true. In particular there is not a “deficit in safe and convenient mooring facilities”, and I believe that to have this included in the Town Development Plan only serves to push against and undo, in terms of both public recognition and policy, much of the work both local organisations and individuals have done over the past number of years in establishing Athy as a recognised safe and secure mooring location on the river Barrow. At present, there are numerous boats moored behind a gated entrance on the East bank of the river (Under AIB). These moorings are available to all waterways users, especially those visiting the town during tourism season. This makes Athy the most secure location on the Barrow and is very much recognised as such by the boating community throughout Ireland. As a result, it is not uncommon for visitors to leave their vessels long-term (up to 3 months on occasion) in Athy and return each weekend to holiday over the summer months. With the recognition of Athy as an attractive boating destination and safe location, the number of boats visiting the town has grown exponentially over the past number of years. This has led to the town being only second to Graiguenamanagh in terms of boating numbers on the entire Barrow Navigation. Therefore, I would like to suggest the following edit/amendment

“Athy has witnessed substantial growth in boating tourism in recent years. This regularly results in over demand for berths on all town centre mooring facilities. To accommodate this demand, and the predicted future growth, a major upgrade of the current in-place facilities is needed. In addition, investment to dramatically expand the number of berths and moorings available is essential”.

Under Section 9 – Natural Heritage, I would like to see space made for the Irish Bat population. Having facilitated a number of Bat Walks/Surveys on the Barrow in recent years, it is evident that the section of river from Crom-a-boo Bridge to Ardreigh has a thriving population of Bats. On a number of occasions, up to seven out of the nine native Irish Bats species have been identified. Regarding this, I’d like to suggest that all future floodlighting of infrastructure for this area, in particular the New Southern Distributor Road bridge, the disused Wolfhill Railway bridge and the Horse Bridge across the river Barrow, be floodlit with Bat friendly lighting. This form of lighting, will allow the local population to continue unperturbed by the future expansion of the town. In addition, floodlighting these structures in this way will have unique tourism growth potential. This riverside area between the Horse Bridge and the New Southern Distributor Road bridge, lit with bat friendly floodlighting, could be established as Ireland’s first Bat Observatory where people can come to watch bats fly through the floodlit areas adjacent to these bridges (as has been done elsewhere in the world). This would establish Athy as a forerunner in Conservation/Eco Tourism.

In relation to Green Infrastructure GI1.7 which states that a “biodiversity protection zone be maintained 60 meters from the river Barrow and 20 meters from the canal”. I would like to clarify/suggest that in this regard, the Lateral Cut of the Barrow Navigation from the disused Wolfhill Railway Bridge to Ardreigh lock is considered part of the river Barrow and not the Grand canal Barrow-line which terminates at Hoare’s lock (Lock 28th). In addition, due to being designated part of the river Nore and river Barrow SAC, it therefore is afforded the 60 meter protection zone from the top of the bank along this stretch.

Lastly, I would like to suggest that we self designate Athy as a “Waterways Friendly” town. Other towns have done this by self designating themselves as “dog friendly” or “pet friendly” towns. In doing this, we copper-fasten our commitment to attracting waterways based tourism to Athy. We commit to putting in infrastructure such as:

The list goes on, but more importantly, we commit to selling and marketing the town from a Waterways Tourism perspective. Kilkenny has its castle, Ballina has its Salmon and Killarney has it National Park. Athy can surely further develop and market it’s local Waterways. 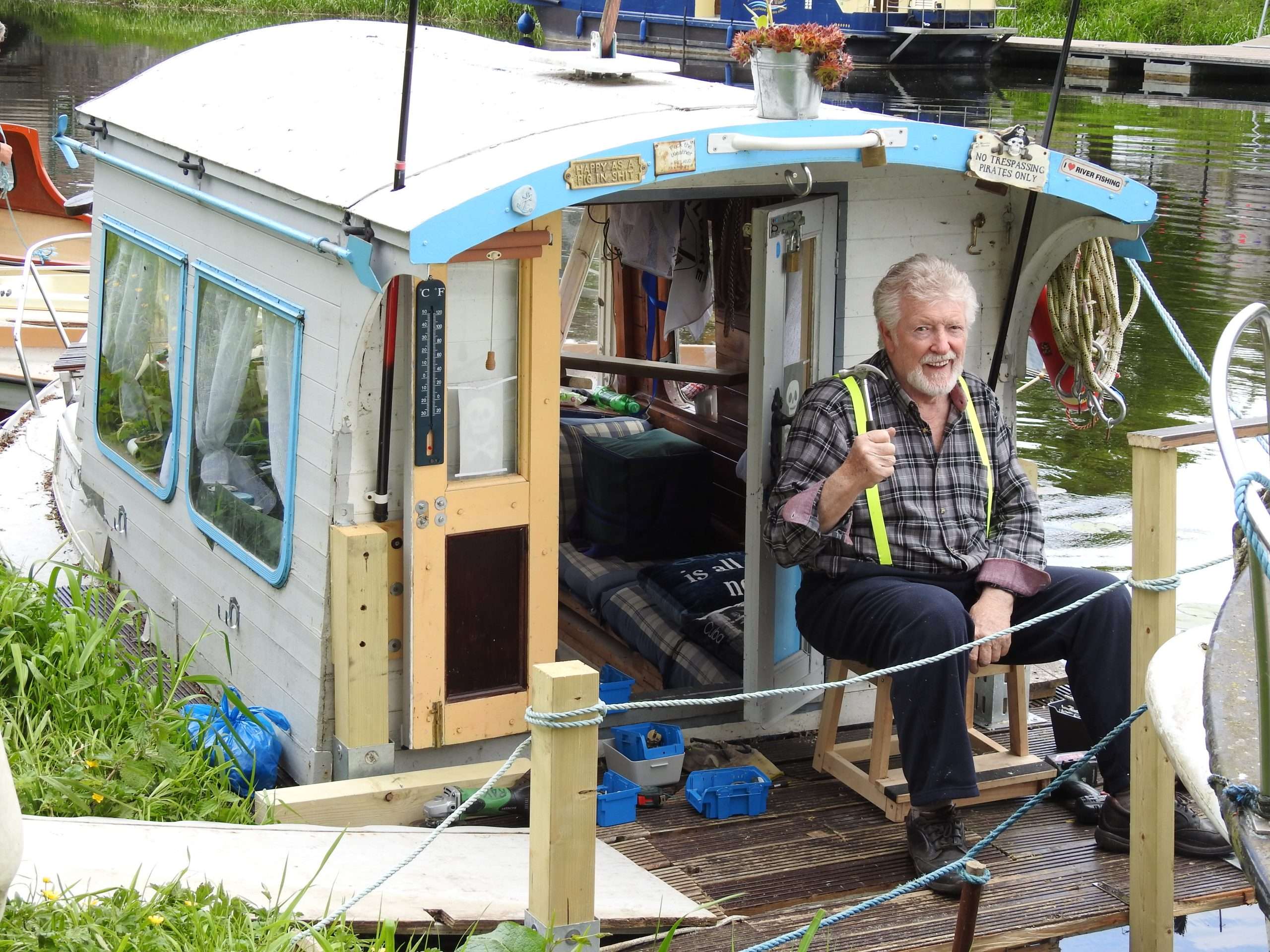 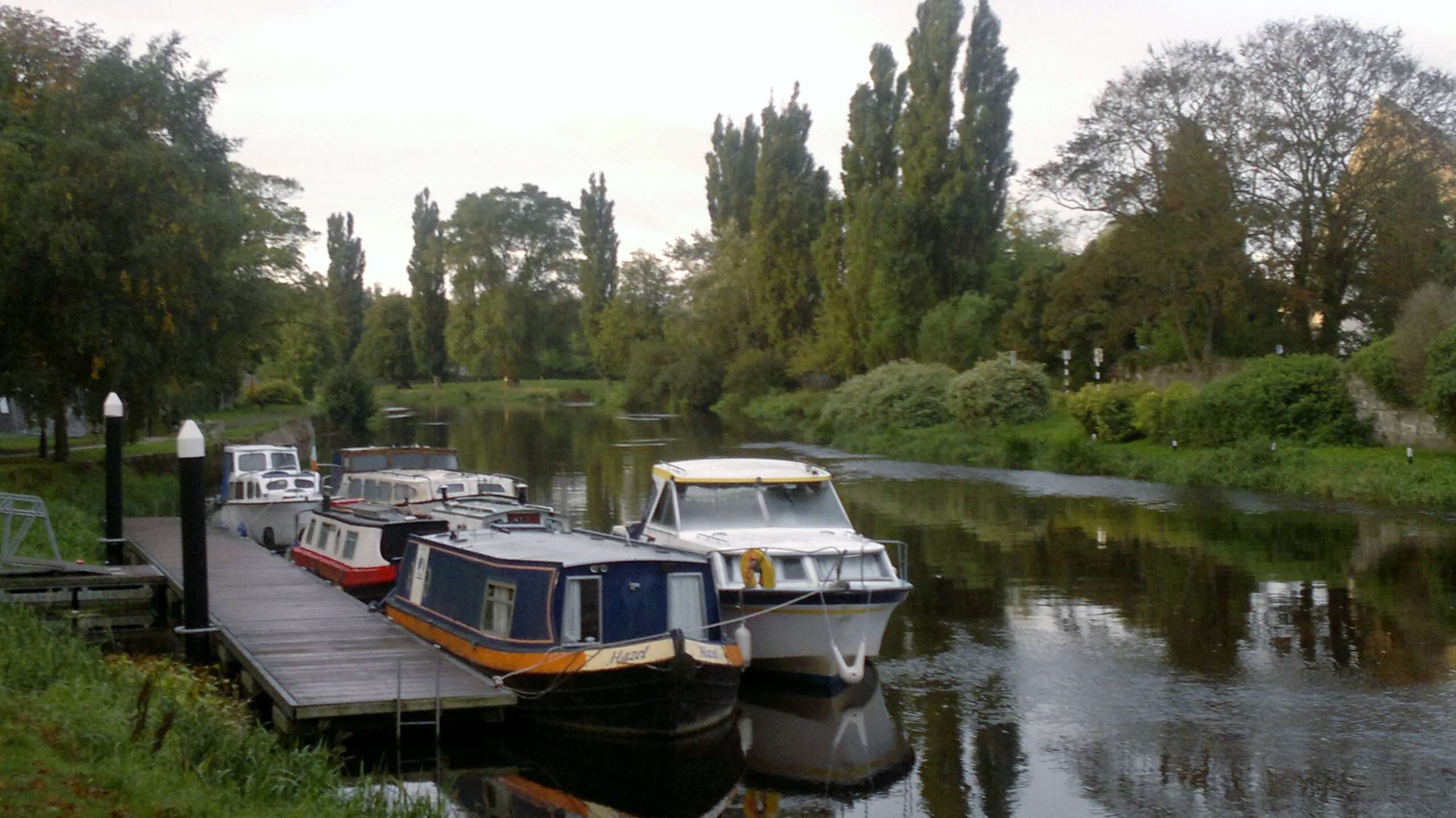 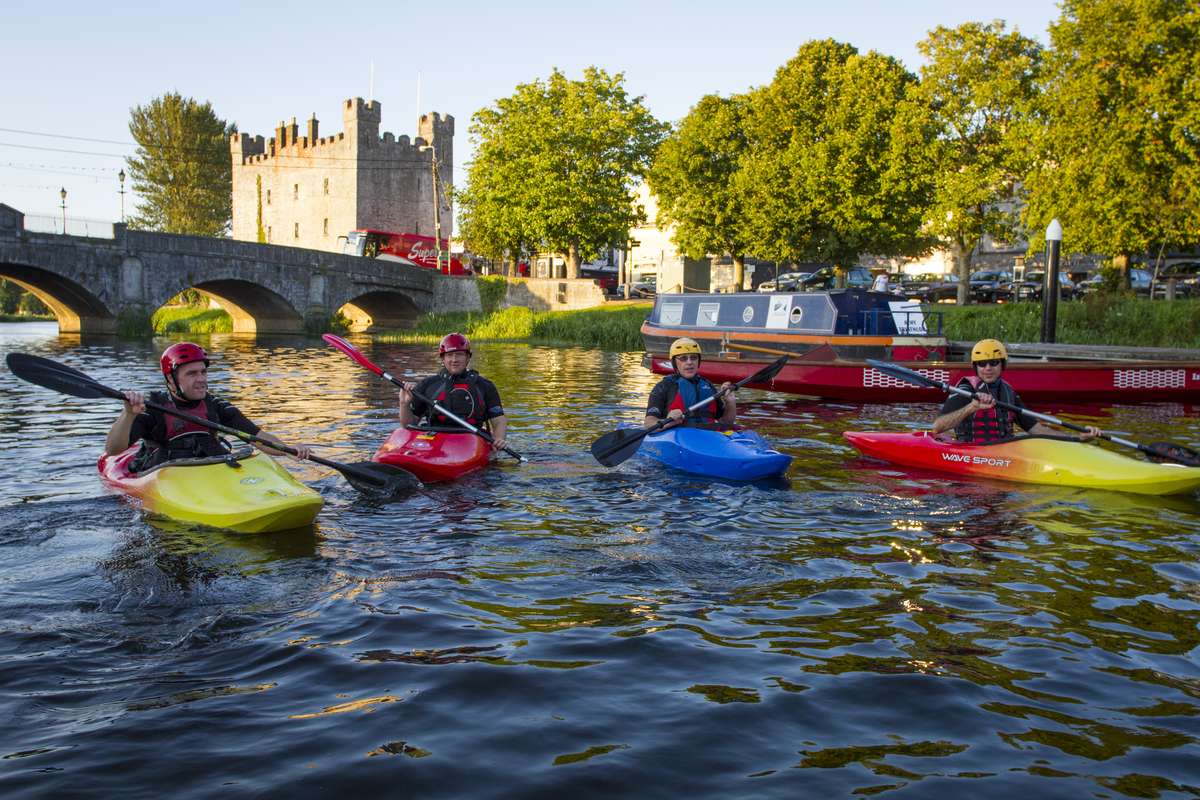 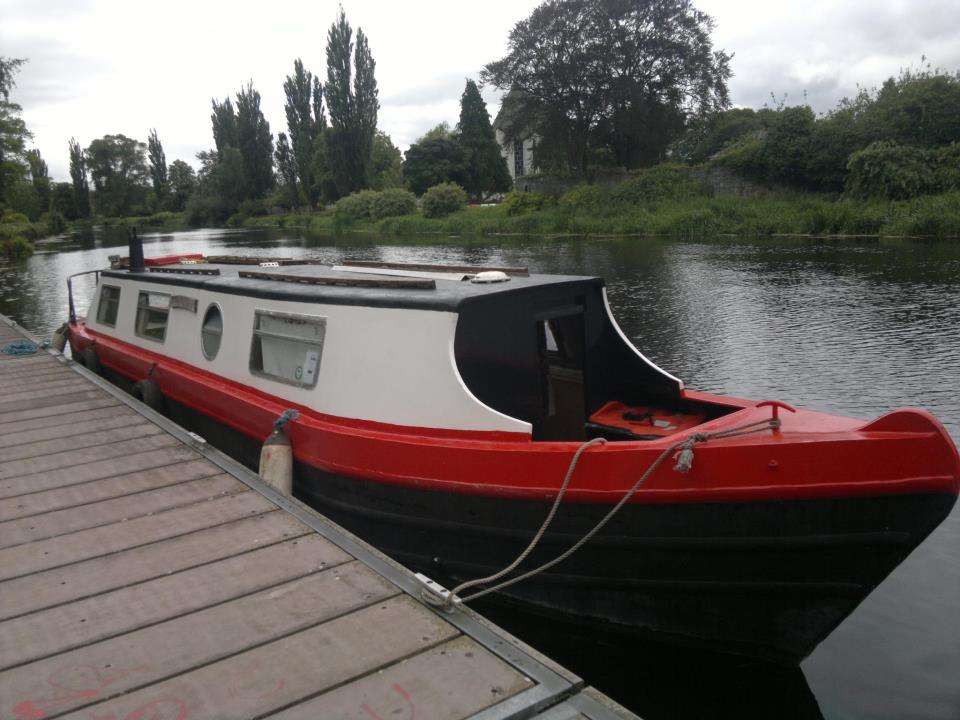 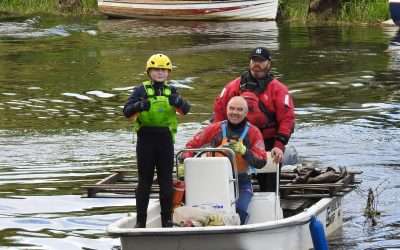 A few pictures from the river Barrow Clean-Up that was held in Athy recently. 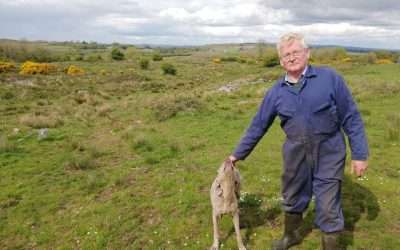 The river Nore rises in the Devils Bit mountain in County Tipperary. However, some argue over the exact location of the true source with the two main suggestions being at Gorteenashingaun or Benduff. Going on local knowledge, it is suggested that Gorteenashingaun it the start of the Nore. This is a little piece about our adventure tracing the Nore’s source. 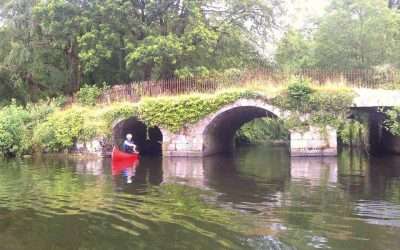 A list of all road, rail and horse bridges on the river Barrow in Ireland.