Boating for Pike on the river Barrow 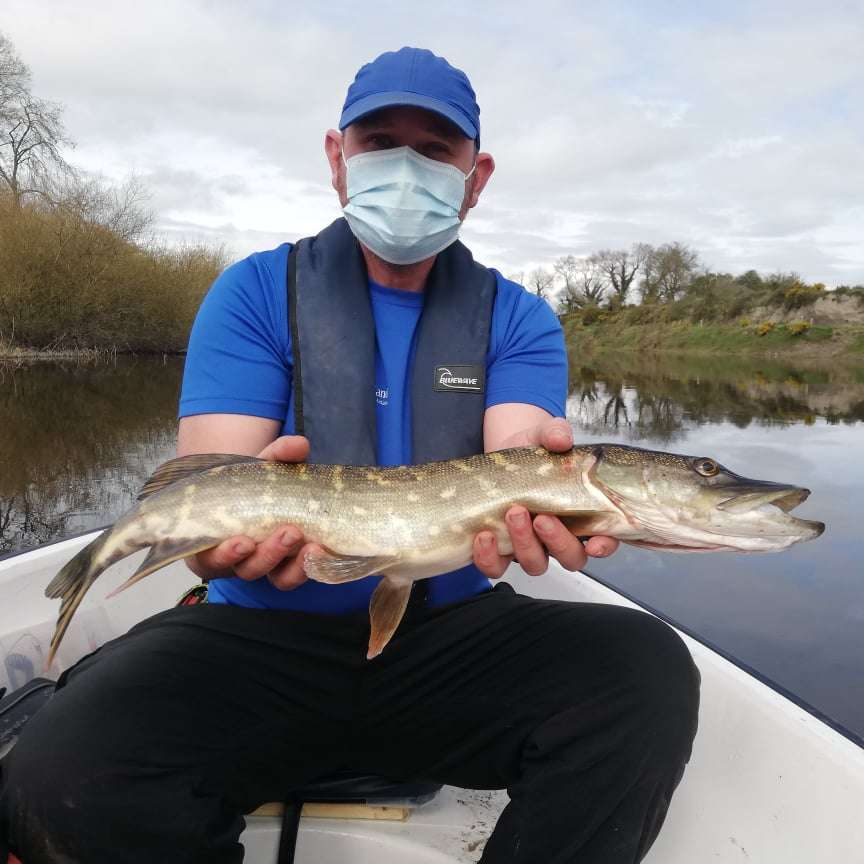 The lucky waters of Tubberrara Well and Graveyard

Ship’s Blog, – Earth Date 01-04-21
The Faoileán and its trusted Four Stroke, 6 HP Mercury engine made a return to the Barrow yesterday. Aboard were its Skipper, John Creaney, First Mate Mark Day and a Stowaway (Meself). Setting off at 10am from the slipway in Athy, we ventured upstream at a slow and steady pace, trawling as we went. The sun was rising high and we knew we were in for a great day on the river, fish or no fish. However, it was not long before John hit his first Pike, on his lucky Blue Plug. A small Jack of about two pound weight. And that was the start of it. While the sun was splitting the trees , John hit fish after fish and Mark and myself watched on with envious eyes. By the time we reached Tubberrara Graveyard and Holy Well, at the stretch of river know locally as Sandy-bottoms, John had taken four Pike into the boat. With tensions running high, and a wicked grin on Johns face, I called for a pit-stop to visit Tubberrara. So we moored up. Mark rested on the bank under the midday sun, while myself and John explored the overgrown graveyard. Inside, the crystal clear spring water of Tubberarra Well bubbled to the surface and trickled its way out under the graveyard wall to reach the Barrow. The Well is watched over by a large Ash tree strewn with years of rags and trinkets that people have left tied to its branches and twigs. As John visited some of the older graves, I reached down and took a sip of its magical waters, while asking a silent request to catch a few Pike. Then, when we had seen enough, it was back out to the boat where Mark was horsing into the breakfast rolls. Himself and John had opted for an unhealthy bread roll of mouth watering sausages, rashers, pudding and egg. However, I had wisely chosen to bring banana sandwiches. I knew the lads were secretly wanting my banana sandwiches, but I had on intention of sharing. Back in the boat, John changed tact and plug bait. So seizing the opportunity, I did the same and borrowed his lucky blue bait. We slowly continued upstream pass Bert House and and the mouth of the Stradbally river. Throughout the afternoon, we all struck lucky, hitting pike for pike as the sun god watched us from above. By the time we returned down stream to Athy once more, John had caught six, Mark got two and I had managed four. In total, twelve Pike into the boat was not a bad days fishing. The largest of the day went to Mark, who landed a nice eight pounder into the boat. As the six o’clock bell sounded out of St Michaels church in Athy, we hauled the Faoileán up the Slipway and headed for home. Another great day on the river Barrow!

Below are a few pictures from our day Pike fishing on the river Barrow and our quick visit to Tubberrarra Graveyard and Well. 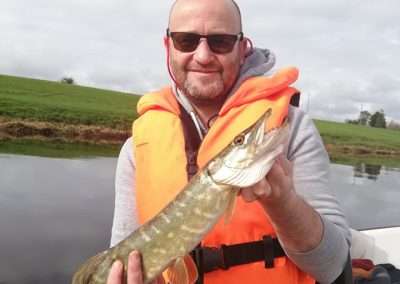 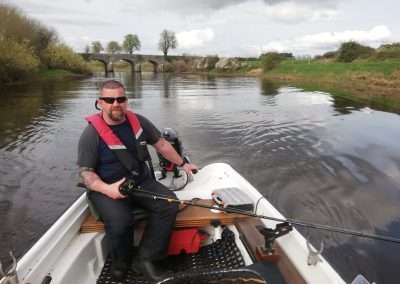 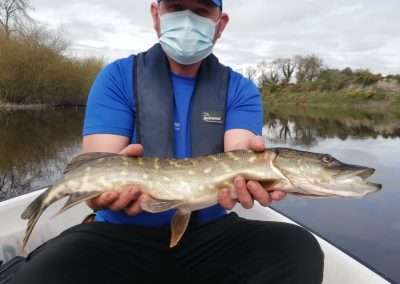 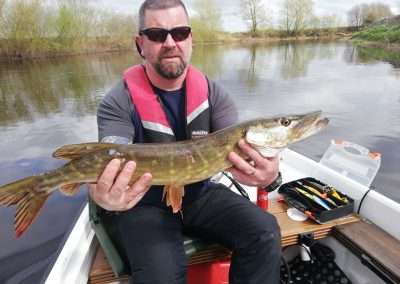 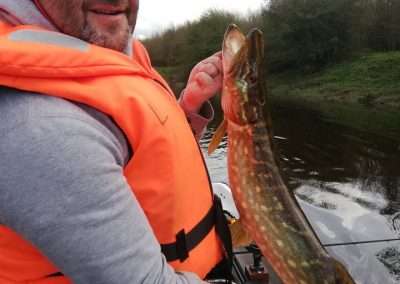 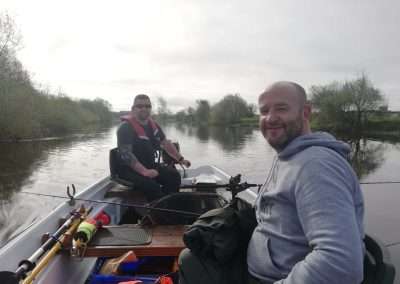 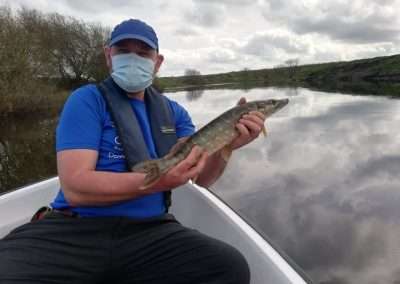 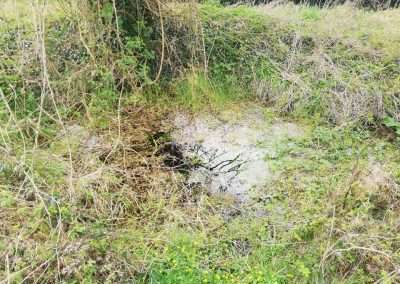 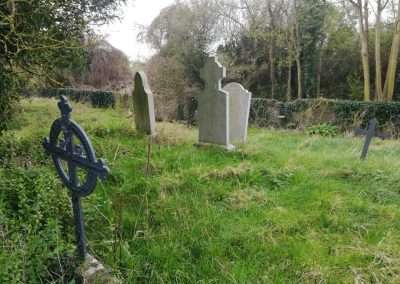 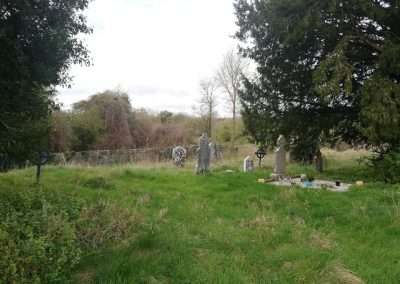 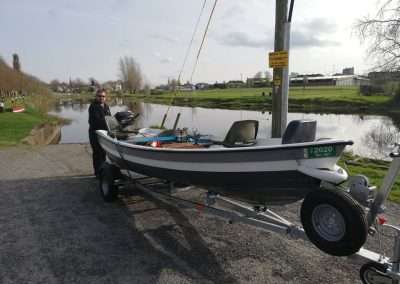 If you like the above story, here are one or two others that might float your boat. Haha.
Thanks for reading.
Cliff
A day Pike fishing on the river Barrow
The Barrow Boys – Easter 1916
The Barrow Cot
The River Barrow Pike 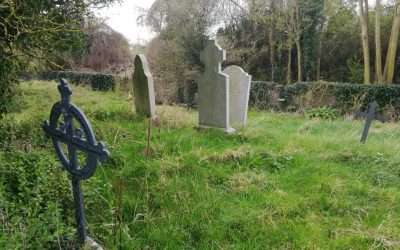 Tubberarra (Toberara, Tuberara, Tobbera or Toberrara) Toberara Well is located on the banks of the river Barrow, just north of Athy in Co. Kildare. St. John is the patron saint and his feast day is 24h June on which a pattern used to take place. Its name in Irish is... 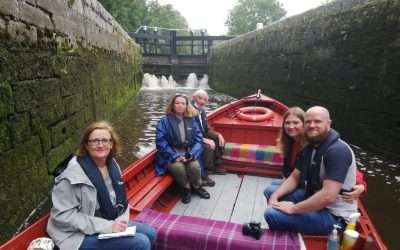 Boat Trip with the Carlow Nationalist 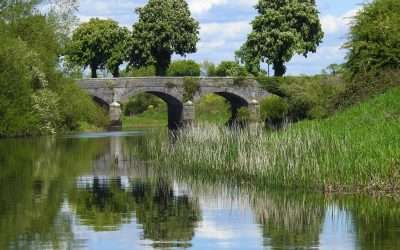 Cycleway/Walkway/Canoe Route & Riparian Barrier for the river Barrow I believe my submission best relates to the following sections. However, if it’s deemed more appropriate to another section(s), please feel free to reassign. Chapter 5 - Sustainable Mobility...

« Older Entries
Manage Cookie Consent
To provide the best experiences, we use technologies like cookies to store and/or access device information. Consenting to these technologies will allow us to process data such as browsing behaviour or unique IDs on this site. Not consenting or withdrawing consent, may adversely affect certain features and functions.
Manage options Manage services Manage vendors Read more about these purposes
View preferences
{title} {title} {title}