The Thirteenth Lock by Arthur Griffith 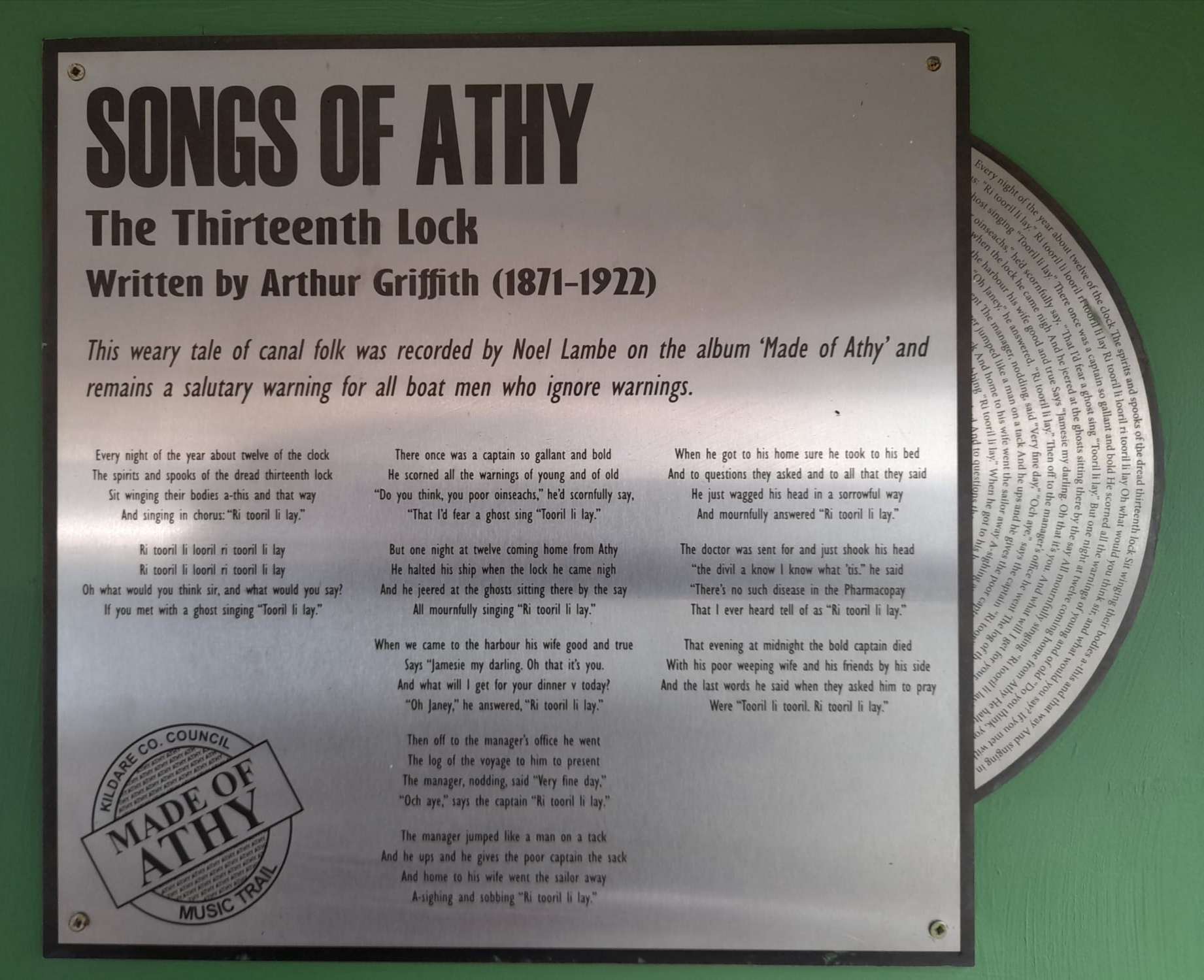 There once was a captain so gallant and bold,
He scorned all the warnings of young and of old,
“Do you think, you poor onshucks,” he’d scornfully say,
“That I’d fear a dead ghost singing Tooril li lay?”
But one night at twelve coming home from Athy,
He halted his ship when the lock he came nigh,
And he leered at the ghosts sitting there by the say
All mournfully singing “Ri tooril li lay.”

When he came to the Harbour, his wife good and true
Says “Jamsie, my darling, O! say that it’s you?
And what will I get for your dinner to-day?”
“O! Janie!” he answered, “Ri tooril li lay.”

Then off to the manager’s office he went
The log of his voyage to him to present,
The manager, noddinng, says “Very fine day.”
“Oh! aye,” says the Captain, “Ri tooril li lay.”

The manager jumped like a man on a tack
And he ups and he gives me poor captain the sack,
And home to his wife went the sailor away,
A-sighing and sobbing “Ri tooril li lay.”

When he got to his home sure he took to his bed
And to questions they asked and to all that they said,
He just wagged his head in a sorrowful way
And mournfully answered “Ri tooril li lay.”

The doctor was sent for and just shook his head!,
“The divil a know I know what ’tis,” he said:
“There’s no such disase in the Pharmacopay
That I ever heard tell of as Tooril li lay.”

That evening at midnight the bold captain died,
With his poor weeping wife and her friends by his side,
And the last words he said when they asked him to pray
Were “Tooril li-looril, ri tooril li lay.”

The Haunted 13th Lock & a song by Arthur Griffith

The Thirteenth Lock is a poem/song by Arthur Griffith, an Irish author, politician, founder of Sinn Féin and President of Dáil Éireann.  The poem refers to the haunted 13th lock on the Grand canal in Ireland. It is located between Aylmers Bridge and Henry Bridge between the towns on Hazelhatch and Sallins on the canal. It was considered haunted by the Boatmen of the canal because during its construction, the canal cut through a graveyard at this location. The 13th lock on the Royal canal is also considered haunted but this is probably due more so to the number 13 than anything else. Many often confuse which canal lock the poem relates to but it is clearly the Grand, given the reference to Athy which is on the Barrowline branch of the Grand canal. There is now plaque on the tour barge in Athy ( Athy Boat Tours) commemorating this poem/song and its connection with Athy.

Location of the haunted 13th Lock on the Grand Canal

Interview with Eugene Devereux from the Irish Bootstrapper This just popped up in my timeline again recently. Last year, Eugene from Irish Bootstrapper had me in for a chat about our boat trips. It was great to catch up with him and have the chat both on and off... 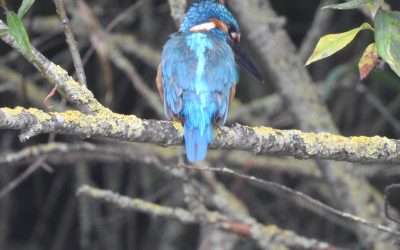 Tourist attractions and things to do in Tullow

A list of visitor attractions and things to do in Tullow, Carlow. Below is a simple alphabetic list of “stuff to do” in Tullow, county Carlow. I hope its of use and that you enjoy your time in Tullow. If you are out for a ramble, be sure to take a walk by the river... 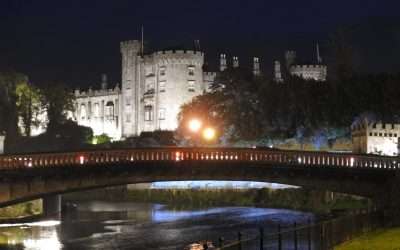 Historical visitor attractions and heritage monuments in Kilkenny There are hundreds of historical sites in county Kilkenny but I’ve just listed about 50 of the main ones here. If you have time, it’s a great way to spend a day or two driving around the county and...