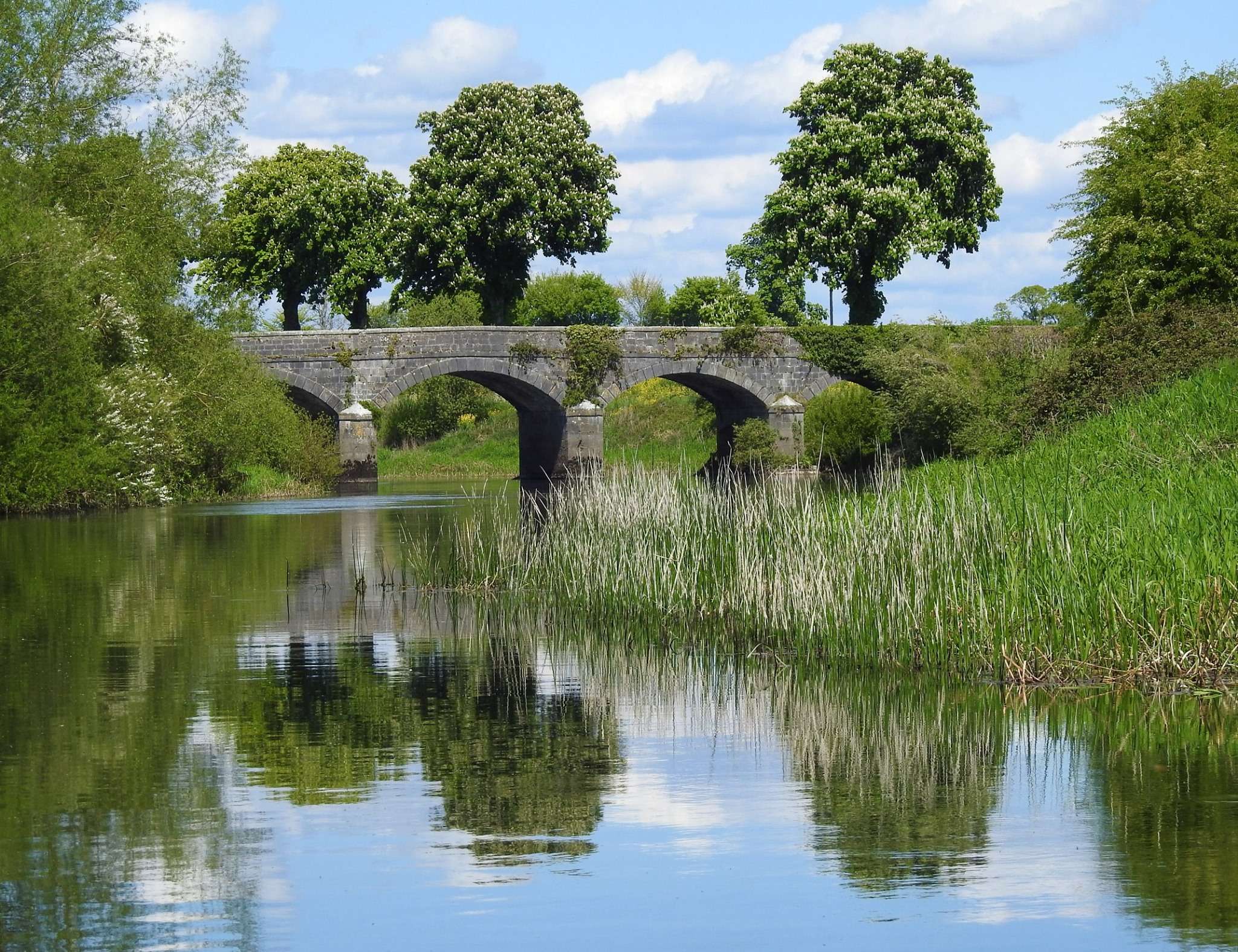 I believe my submission best relates to the following sections. However, if it’s deemed more appropriate to another section(s), please feel free to reassign.

It is my proposal that
“That the historic Barrow Drainage Scheme access routes and trail along the eastern bank of the river Barrow between Monasterevin and Athy be re-opened, upgraded and re-developed to provide a Walking/Cycling/Canoeing route and Riparian Barrier linking both towns.”

By establishing a Blueway/Greenway route from Monasterevin to Athy via the river Barrow, a number of opportunities can be achieved, including:
• Firstly, this initiative would establishes circular routes for walking, cycling and canoeing in south Kildare. For example, those cycling a section of the new Barrow Blueway from Athy to Monasterevin via the Grand canal would be able to cycle/walk/canoe a return route via the river Barrow. This would allow for visitors to park a vehicle in either Athy or Monasterevin; then walk, cycle or canoe a circular route, returning later to their parked vehicle. It would negate the need for a second vehicle for transfer/shuttle.
• In 2015, I organised a canoeing race around this 47 km circular route. Being Irelands longest canoeing race, and with the benefit of starting/finishing in the same location, it drew competitors from across Ireland and the UK. A circular canoeing route taking in both the Grand canal and river Barrow will not only complement the Barrow Blueway but further enhance its attractiveness and usage. This has been previously demonstrated elsewhere in Ireland with the establishment of the Camlin River Loop in Longford.
• This proposal further ties in with government strategy of connecting communities with safe cycleways and walking infrastructure
• Reopening/developing a trackway between Monasterevin and Athy via the Barrow, would add approximately an extra 21 kilometres of walking and cycling infrastructure to the county of Kildare.
• By implementing this proposal, smaller circular routes such as Athy to Vicarstown to Dunrally bridge and back to Athy could be promoted, given the existing infrastructure already in place. Likewise, Monasterevin to Vicarstown to Dunrally bridge and back to Monasterevin.

Establishment of a Riparian Barrier

• Reopening the trackway between Monasterevin and Athy is the perfect opportunity to establish a protective riparian barrier along 21 Kilometer of the river Barrow. With appropriate planting, habitat reestablishment and protection measures being put in place; this riparian barrier would serve to insulate and protect the Special Area of Conservation that is the river Barrow. In terms of nitrates, the river Barrow is one of the most under protected waterways in Ireland with nitrate levels far in excess of most other water bodies throughout Ireland. By establishing this riparian barrier, the council can take a great leap forward in helping to prevent excess nitrates and agriculture run-off entering the river Barrow.
• Reopening the trackway, establishing the riparian barrier and exposing people to riverside habitats will help to re-connect people with nature and the outdoors, thereby serving to further benefit people in terms of their Physical, Mental and Spiritual health.

The above a just a few of the benefits of reopening the old riverside track along the Barrow. I have suggested this proposal to a number of council officials and elected representatives in the past, all of which were very enthusiastic regarding its development and potential. Therefore, it is my hope that a provision for this proposal is included in the 2023-2029 County Development Plan. 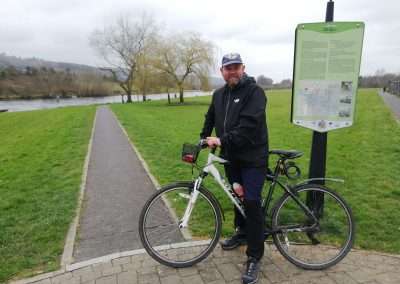 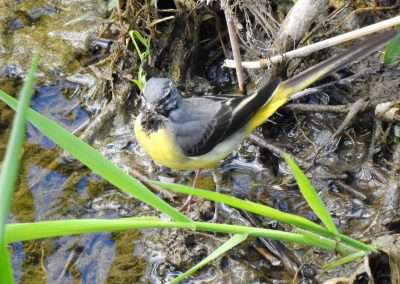 Grey Wagtail on the Barrow 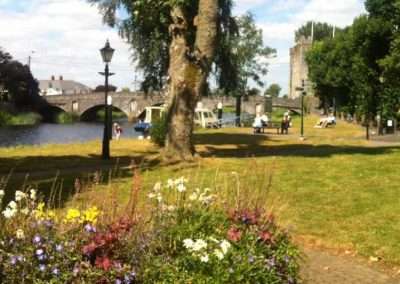 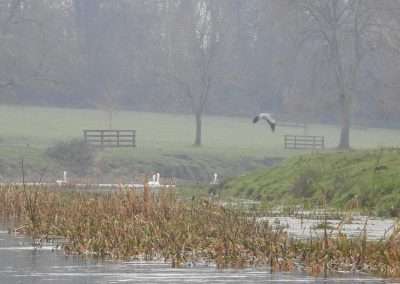 Swans and Heron at dawn on Barrow Summers day at the Horsebridge 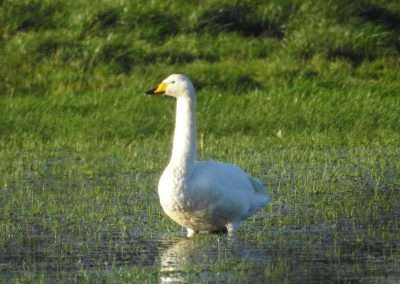 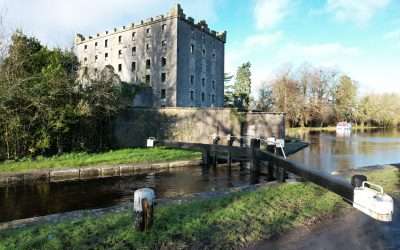 Levitstown Mill Levitstown Mill was built in 1791. It is a seven-story building, now derelict having burnt down on the 14th of March 1942. It is seven bays wide and three bays deep. It was owned over the years buy several different families including the Haughton and... 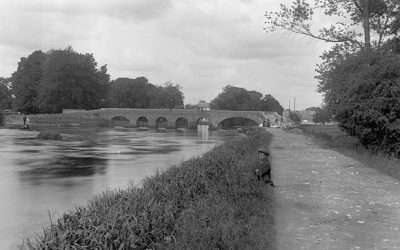 The Horsebridge The Horsebridge in Athy was built in 1796 to allow horse drawn boats to leave the 28th lock on the Barrow-line of the Grand canal and to cross to the east back of the river Barrow and travel down the Barrow Navigation. And vice versa. Originally it had...

To provide the best experiences, we use technologies like cookies to store and/or access device information. Consenting to these technologies will allow us to process data such as browsing behaviour or unique IDs on this site. Not consenting or withdrawing consent, may adversely affect certain features and functions.